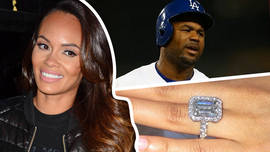 Evelyn Lozado from Basketball Ball Wives was engaged to ex baseball player Carl Crawford. They got engaged back in  2013 and were scheduled to get married this year. But apparently she cancelled everything because she felt that Carl was being unfaithful. He bought her an engagement ring worth $1.5 million dollars, she refuses to give Carl the ring back. According to California law,  she has to give the ring back because it is considered a conditional gift, the condition being that she gets married.

Evelyn as you all may or may not  know has been in several failed relationships. Her last relationship was with NFL player Chad Ocho Cinco was all over the media. The relationship between the two ended as a result of domestic violence that occurred which cost Chad his NFL career. 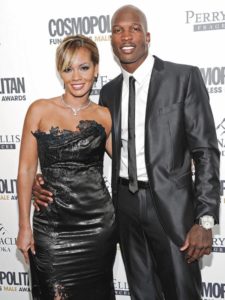 Before Chad she was engaged to another athlete, basketball player Antoine Walker for over 10 years! Geesh! This woman seems to really not have much luck in the relationship department. She’s always getting the ring but never a wedding.

Do you guys think that she should have to give Carl Crawford the ring back? Why or Why not?