A gender reveal party unlike a baby shower is a  time where the gender of the baby is revealed to the expecting parents and guests for the first time ever. It is a really exciting time for everyone.

How are gender reveal parties? 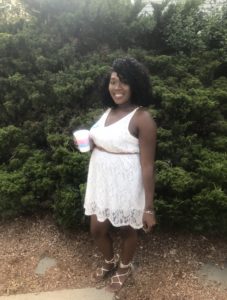 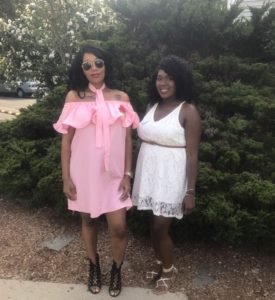 I was actually able to attend my first ever gender reveal party on August 12, 2017 for my friend Natasha.  She is one of my really good friends.  When I arrived at the place where the party was being  held it was decorated with pink & blue decor. Everyone had to choose which gender they thought that she was having, and given pins to pin on their clothing along with some silly glasses that read “team boy” if your guess was a boy. If your guess was a girl you were given a pin and glasses as well that read “team girl.”

I thought this was really fun because it created a competitive fun atomosphere. There were also games centered around the baby’s gender. There was a relay race, in which “team girl” and “team boy” competed against one another. They had to race with a pink egg on a spoon and a blue egg on a spoon, from one point to another. 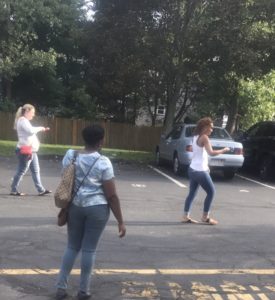 After that game was played we were called inside to have some delicious food! 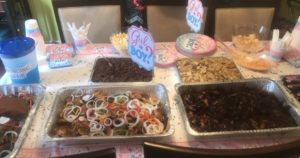 Now this was one of my favorite parts of the party, yes because I’m greedy! There was blue colored koolaid and pink colored koolaid. There was Hershey’s chocolate which was gender themed along with plates and eating utensils. 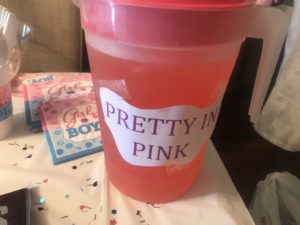 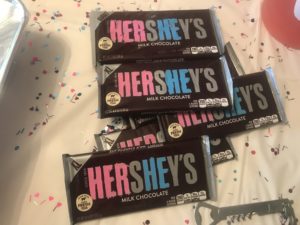 After eating we were told it was time to find out the gender of the baby. A board was brought out with black balloons attached to it. We were told that inside one of the balloons was the sex of the baby, and that we had to use a dart to pop the balloons. It was fun and exciting watching everyone pop each balloon. Finally, we were down to the last balloon everyone yelled and screamed With excitement! Then it was poped and it was revealed….NOTHING! That’s right there was a twist! Then someone came out side with a bag filled with balloons.  We were told that Natasha would be having a girl if the balloons released were pink and if the balloons were blue then that meant she would be having a boy. She finally opened the bag and….out came PINK BALLOONS! everyone screamed in excitement!!!

Natasha was very shocked, because she was”team boy” and wanted a boy but was still happy that she would be having a girl. Both parents seemed very surprised just as we were. It was fun experiencing the surprise with them.