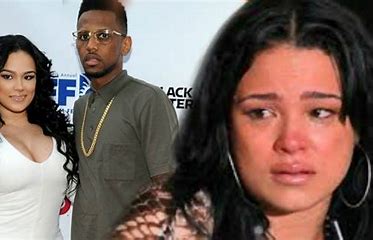 Emily B and rapper Fabulous have had a rocky relationship over the years. For those of you who do not know Fabulous he is known for the following songs, “Into You”, Can’t Let You Go”, “Make Me Better” etc. No relationship is perfect, there will be ups and downs, but when is it time to call it quits? Video surfaced of Fabulous getting in a physical altercation with Emily, causing severe damage to her teeth. Following the alleged attack, Emily asked her father and brother to come to the couple’s house and remove Fabulous’ firearms, because she was afraid he’d use them against her. When Fabulous found out the guns were gone he allegedly threatened to kill Emily, her father and brother as well. Early this year Fabulous ended up taking a pleas deal, if he did not take the plea deal Fab would be facing up to 20 years in prison.

On October 11 2019, on Instagram the couple appeared to be happy and back together. Many young girls and guys look up to this couple I imagine. It is very concerning that Emily B has decided to continue to be in a relationship with a man who has abused her to the point that he has caused severe damage to her teeth. The message that is being sent to young women is that it is okay for a man to abuse you especially if he is a high profile man. The message that is being sent to young men here is that it is okay to put your hands on a woman and that nothing will come out of it especially if you are a high profile man. We must stop this cycle, because it is not acceptable for a man to put his hands on a woman. This is very toxic, especially if there are children involved. But at the end of the day it is Emily’s choice regarding the matter.

What are your thoughts on this issue? Should Emily B be with Fabulous?

2 thoughts on “Emily B & Fabulous”