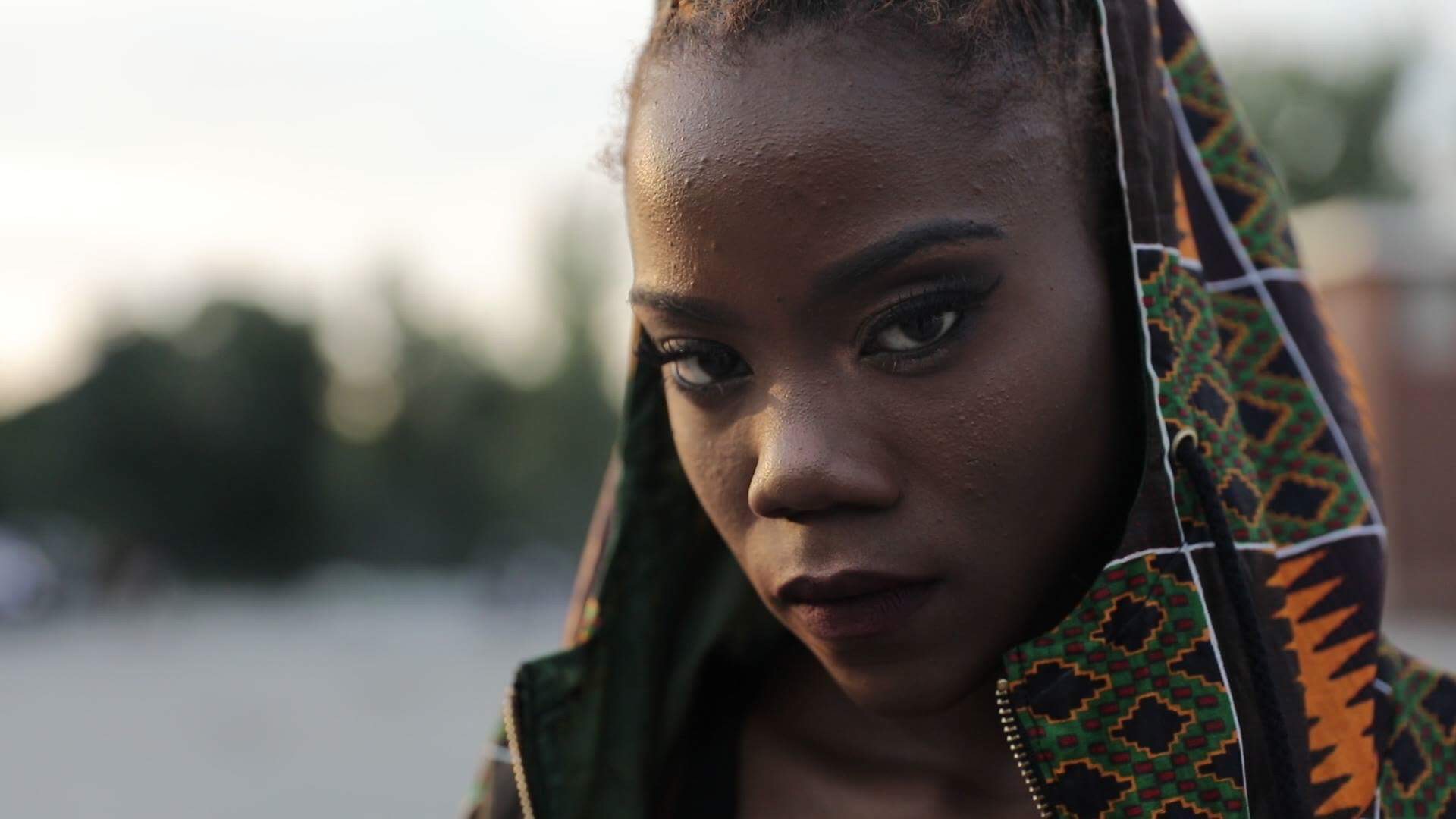 Liberian music seems to be on the rise thanks to social media and other social media outlets. The industry seems to be a male dominated industry. I wanted to get a glimpse at some of the female faces of the industry. I decided to reach out to one artist that I felt had a unique voice and style. She goes by the name a Skylett White, she is a rising U.S.-based, Liberian Afropop/HipHop artist. 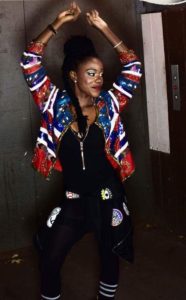 I wanted to asked her questions that would give a better insight about who she is as an artists and where she is going with her music. 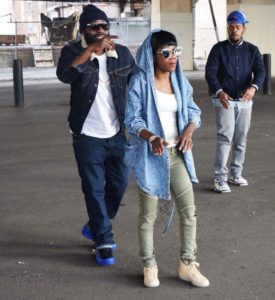 Where did you grow up?
“My name is Scarlett Capehart, but I’m known by my stage name Skylett White. I was born in Monrovia, Liberia, a country of 4 million people, located in West Africa. Few months after my birth, we left my native Liberia due to the brutal civil war. My family left to Ghana, where I lived in Mataheko, on the outskirt of Accra, Ghana’s capital, with my mother and half siblings. I lived in Ghana until the age of six. In 1998, by the grace of God, we reunited with our father in the United States. We settled in Pittsburgh, Pennsylvania, for few years and then my Mother and I moved to Rhode Island, where I grew up and still reside presently.”

What is your musical background?
“I have been into music my whole life. My love for music started in Ghana. As a kid living in a country where music is a big influence, it was easy to adapt. My oldest brother was part of a musical group, and every now and then, the group would practice in our backyard. I would watch them with so much amusement. “Listening and watching him play the guitar and sing melodiously was something that captivated me. One day, my brother decided to form a choir group, which I became part of at the age of five. This group had the opportunity to visit different churches in Ghana. I really enjoyed it, and that helped reignite and strengthen my passion for music at a young age.”
“Before moving to the United States, I performed at a church revival, and that became my first performance on a bigger stage. As I sang to the congregation, people cheered and some were fascinated by my performance that they excitedly showered me with notes of Ghanaian money (Cedi).
Since I’ve been in the United States, I have worked with a different level of producers.”

Musically, what are your biggest influences and who are your favorite musicians?
“Growing up, I listened to Destiny Childs, Ashanti, Trina, Ciara, Bow Wow, Romeo, Usher, Missy Elliot, Lauryn Hill, Wizkid, and PSquare. These are few of my early musical influences. My favorite musician at the moment is Wizkid. Watching his musical progress (and transformation) from a boyhood to becoming the biggest Afrobeat artist is interesting and inspiring. Wizkid’s artistic story motivates me and makes me believe strongly that if he can come from nothing and become something then I too can do likewise. I believe he has already paved the way for me and many other artists who stories are similar to his. In general, I just love good music as long as it sounds good to my ear to the point that I rock with it.”

What do you think of the hip hop scene in Liberian culture?
“Liberian music industry is rapidly rising. I have witnessed the growth from all the artists in the industry – from HipCo to TrapCo. Certainly, there are indeed amazing talents in Liberia as well as in the Liberian diaspora. However, I think there are few things missing that hinder the rapid and successful growth of the Liberian music industry. What’s missing is marketing. Understanding the marketing and branding of artists is crucial in the successes of artists, but unfortunately, Liberian music producers and artists alike are yet to understand that. However, I am convinced that as time elapses, we will catch on to it. I am confident that the Liberian music industry has the talents that are capable of true transformation, as long as we start to invest more resources in quality materials and embrace consistency. It’s only a matter of time.”

How does it feel to be a female in a male dominated industry?
“Being a female in a male-dominated industry can be difficult at times, especially in the Liberian music industry. Sometimes, I feel as though females do not support female artists like they do for male artists. I have seen a lot with the entertainment media, especially from bloggers and most of them are also female. So one would think that they would admire the fact you are a female artist in a male-dominated industry. No matter whether a female is better than a male artist, he’s a guy, and the female is easily overlooked. I find it really difficult to understand. However, I can’t really blame them because female artists don’t support each other, and I think if that changes, people would have more respect for female artists because there will be unity and unity is always powerful. I also think it comes with dedication and hard work as long as one stays consistent and ahead of the game, music lovers will have no choice but respect you. So being in a male domination industry doesn’t mean you are less talented because of your gender; you just have to work a bit harder, believing in yourself first in order to make them believe that’s how I see it.”

How you describe your own style?
“Skylett White is an Afro beat artist with a unique style of my own when creating music that I love to give my audience a taste of difference and uniqueness, but at the same time be my authentic self. I’m an artist willing to look at a certain situation or thing and turn it into something completely new and give it lyrical clarity and fluidity. Then, it becomes something that a listener would want to experience. I use that as a way of introducing my culture to those who unfamiliar with or not from the same background as I am but can relate to whatever I’m talking about in a song. I try to create what will bring people into my world and get to know me as the artist, but also find themselves in the process of musical magic. Music that inspires is what I would call Skylett White Music.”

Who does you collaborates with?
“I’m always willing to work with other musicians as long as the song is hot and there is a plan set for the record. Collaboration is good, especially for upcoming artist playing a major role in creating your fan base because now you are generating audiences from both sides so it’s always a win-win situation, depending on how you deliver your message. Personally, I like to be in the studio with any artist I’m collaborating with whether he/she is sending me a beat and telling me where to be; the reason for this is because I feel of vibe so if we are in the studio making a song as long as the energy is right, it’s a guaranteed hit song. Also, it makes the process easier. But I’m always flexible to work with any artist on his/her game and putting out dope music that I can rock with, if I feel it, I hop on it.”

In what ways has your newest music changed from when you first started?
“Just few days I went back into my music files and listened to all my old songs, and I would say I really have improved, from my deliver to the maturity of my lyrics. I have indeed come a long way. A lot has changed from when I first started recording songs. I do more Afrobeat/Afro trap/Reggae, which have significantly influence music. I used to do a lot of hip hop, but I have fallen in love with African music, so I started to listen to it more and studied it for a while. I struggled with it for some years but now I’ve mastered it, and I think part of that was me finding myself, remembering where I came from and who I really am, and reminded myself that no matter what I have a whole country behind me. The day I make it big, people will want to know who is Skylett White and I would have a story to tell. My change was recreating myself not taking away from whom I already am, but embracing my culture. I have now found my audience and they love my sounds.”

What are the main inspirations for the lyrics you write?
“When writing music, it’s all about how I’m feeling at the moment, be it hot beat that inspires me or just the little thing around me that I can recreate and talk about in my songs that would sound good to my listeners’ ears and they can relate to it. The best songs I think are made through emotions. One can make a happy song that can put people in a good mood, and also a sad song that people can relate to, because like me, others have been through some type of struggle, so for an artist to be able to talk about it through a song, it make the listener experiencing similar circumstance to feel good knowing they aren’t the only one.”

What would be your dream venue in which to perform?
“I would love to someday perform at the MTV AFRICA MUSIC AWARDS, B.E.T. AWARDS, ONE AFRICA MUSIC FEST, pretty much all of the major stages legends like Lauryn Hill, Michael Jackson, Bob Marley, Beyoncé, etc, have performed on some of those stages. That would definably be a dream come true in an extraordinary way.”

What are some of your upcoming projects?

“Continuous development of my team MSMG (Morning Star Music Group) and me
I am working on my second EP right now, with the hope of releasing it in mid-2018. If you got a copy of my last EP ”Poor Geh Trying To Get Rich” and you like it, this new EP will build on my last EP. I challenge myself to give my fans/supporters a well put-together project. I will release the official music video for my newly released club hit record ”Buffe Ground Hold it” on September 1st, and once the video is out, you will be able to purchase in various online stores [to be announced]. Please be on the lookout for that, and make sure if you have not already subscribe to my YouTube channel, please do search Skylett White on YouTube and subscribe to get updates on new release music videos and more. I have more work to do. I’m back in the studio like I never left, working on some dope features with other artists, so just be on the lookout for more from Skylett White. Follow me on Twitter, Instagram, and Facebook @iamskylettwhite.
Thank you for reaching out to me. Indeed, I enjoyed the interview, and I would be glad to answer further questions that my fans and supporters may have. I appreciate you all. Thanks for rocking with me throughout the years. You all are true star girls and boys. Much love and respect.”

1 thought on “A Closer Look At International Artist Skylett White”