The Day My Mom Died: Coming To Terms With Her Death 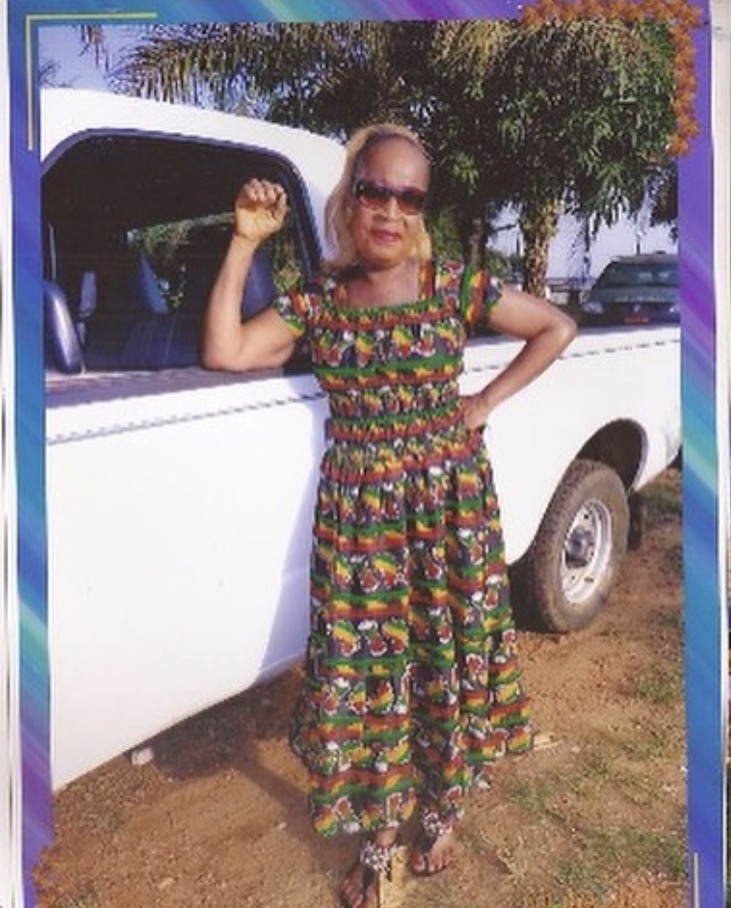 It was hard trying to put this post together…because I had to go back to a very dark time in my life….My mom had been sick with an unknown illness for years it was not until 2005 that she received an actual diagnosis.

My entire college career my mom had been sick with the HIV virus. At the time, I was ashamed to even tell people that was what my mom was suffering from because of the stigma associated with the disease. I watched the disease consume my mom’s body. She went from a healthy 160 pounds to a low 96 pounds at one point.

I was a college student, who worked multiple jobs to survive. I can remember sending my mom money via Money Gram so she would be able to buy food because she had to take her medications with food. One day, I received news that my mom had died. I can remember that day, I had just finished working an overnight shift and was driving back to my godmother’s house in Dorchester, MA. I received a call from one of my aunts informing me that my mom had passed away. All of a sudden everything stopped I thought I was going to crash into a guard rail, because I was driving when I received the message.

When I arrived at my godmother’s house they cooked this big dinner and everyone was at her house. I told them that I already heard the news. I just could not believe that my mom just passed away, I had spoken to her a couple of days prior and she seemed okay.

So…later that day we received a call from Liberia, and they told us that she had not died and that she was in a coma. I felt so relieved to know that she was not dead. After she came out of the coma, it made me realize that one day she would actually die and I would have to be prepared for that day.

The Day My Mom Actually Died

My mom and I had finally developed a relationship and I felt a sense of hope. Although, I had not been raised by her I felt that we would be able to fix our relationship once she returned back to the states from Liberia. I felt good about our relationship, we spoke over the phone every night and I got a chance to ask her a lot of questions that I needed answered.

I got to know her past and what she had gone through as a child, the sexual abuse she experienced and the depression she suffered from practically her whole life.  When we spoke on the phone I would let my daughter talk to her even though she was not able to speak words yet I still wanted my mom to hear her voice.

During the time of waiting, she told me that she had developed a really bad cough. I told her that maybe she had caught a cold from the raining season rain in Liberia. But it seemed like the cough had gotten worse, she started coughing up blood so bad that she had to get a blood transfusion.  I told my brother to bring her to the doctors for further testing. It was discovered that she had contracted tuberculosis.  To make matters worse, the TB had completely destroyed her lungs. I knew that chances of survival from such damage was slim, but even with that I still had hope.

One day, while I was at work I went to use the restroom. What I’m about to say is really bizarre and most of you will think I’m crazy…but I literally heard a voice call my name and the voice sounded like my mother’s voice. I was totally freaked out and stormed out of the bathroom. I sat at my desk and put myself together because my client had arrived at the office for our meeting. As we started our meeting, I received a call from my younger brother. He said, ” I got a call from papa our brother back in Liberia, “Ma died last night.” I yelled at the top of  my lungs and stormed out of the office. I cried and prayed that this was just another false alarm.

I was shaking so much that my boss came outside to make sure I was okay. He told me that I could go home, so I came into to office and apologized to my client who totally understood what I was going through. When I got home I was flooded with phone calls and voice messages.

I called my brother Papa to find out if my mom was truly dead because I just did not believe it. He told me “mom is dead I woke up in the morning and found her dead in her bed.”  Hearing him say that just killed every hope that I had of us ever seeing each other one day. My daughter would not be able to meet her grandmother. After over 6 years of not seeing my mom I would never be seeing or hearing from her again. All these thoughts flooded my mind.  When I saw the pictures of her laying in  the casket I knew that my biggest fear had come true. I was not able to go to Liberia for her burial and plus she advised me not to come to Liberia for her funeral in the event she died, for various reasons that I cannot say in this posts. So instead, I had a memorial for her here in America. The pain of  her death lasted for so long, I became extremely depressed and antisocial and gained so much weight I blew up to a whopping 300 pounds. I never imagined that I would make it through such an ordeal because the pain was so overbearing.

I would say that now I have finally come to terms with my mom’s death. But the pain still lingers in my heart and there are constant reminders of her absence.

To all the women and men out there protect yourself whether you are married or single. HIV/AIDS is a serious disease, never think that it cannot happen to you. If you suspect your partner is not being faithful protect yourself rap it up!

Love You Mom, May your soul rest in perfect peace!

6 thoughts on “The Day My Mom Died: Coming To Terms With Her Death”